Have you ever wondered how the pistes are all carved up after a long day of skiing only to wake up the next morning to find that they’re back to their former smooth, corduroy-like state? Well, we’re here to shed some light on the subject in this article.

As you can probably guess from the title, the snow on the piste is managed using what’s known as Piste Grooming. By reading on, you’ll find out something about the huge amounts of work that happens on the slopes without most people even noticing.

We would have loved to have told it was done by the snow fairies, but it’s something altogether more earthly.

So, What Exactly is Involved In Piste Grooming?

Visit Baqueira for an extended period and you’ll soon notice what an incredible job is done in keeping the pistes in such great shape. Let’s now look at how it is that Baqueira has a reputation for the best pisted snow in Spain.

In the following sections, we look into each principle in closer detail.

When the skiing season starts, the first job a snow groomer needs to take care of is to condition the slopes. This involves forming the base layer of snow with either artificial or natural snow. The main aim is to ensure it’s compacted and even. The more even and compact this base layer is, the better able it is to maintain itself through Winter.

The next objective to meet is to maintain a consistent and even superficial layer on top of the compacted base layer. Extra attention is then paid to the slope’s edges as this area is known to deteriorate most quickly.

Lateral disintegration is a constant threat to a snow slope. It’s really important for a snow grooming team to protect it against this natural degradation. This is achieved by carrying constant reparations which involves moving the snow about with snow cannons.

The best method of conserving the piste is to keep the snow as white as is possible. Skiing traffic and wind (we experienced Saharan Wind in Baqueira earlier this year) can dirty the snow. When snow is less than white, it loses its ability to reflect the sun’s rays from 90% to less than 60%.

This big drop leads to deterioration of the piste’s condition significantly. For this reason, chains on snow grooming machines are clean before being used, as dust or mud could end up being groomed into the snow.

A Complex Set of Variables

What makes snow grooming such a tricky process is that the job changes depending on a whole range of different environmental and skiing factors. For example, snow grooming is performed differently at an altitude of 2500m than it would be at 1500m because of how much it’s used and the difference in temperature.

Next, we look at all of the other factors that other snow groomers have to consider.

There are many outdoor elements that affect how the job is done.

Using a snow cannon provides better conservation results than natural snow as it’s both heavier and denser. However, being denser and heavier means that artificial snow is more difficult to move and work on.

One factor that can’t be ignored is the experience of the snow groomers themselves. It’s a skill that takes a long time to hone and with each day offering a different set of conditions, it takes a snow groomer with experience to know how to achieve the perfect results.

Snow groomers must take many factors like wind, snowfall levels, temperature, the number of skiers and a whole host of variables into account when making their decision on how to groom. It is something of an art form that takes instinct and considerable know-how to perfect.

The adage ‘A workman is only as good as his tools’ certainly applies to snow grooming. The machine that’s used is just as important as the skill of the operator. Modern machines come equipped with cutting-edge technology that uses probes to measure snow depth. This helps to guide the operator to redistribute the snow exactly where it’s needed.

Modern machines are also equipped with a winch, meaning they can groom even steeper slopes for our skiing enjoyment.

❄️ Piste grooming is an ongoing, everyday task, but skiers in Baqueira rarely get to see piste groomers plying their craft. Nacho Sacau Carrera has been snow grooming in Baqueira for almost a decade and a half and he shed some light on what goes on for us.

❄️ There are two snow grooming shifts in operation during the Winter. The first occurring between 17.00 and 01.00 and the second taking over at 01.00 and working through until 09.00. While you’re sleeping off a hard day on the slopes, around 30 people are beavering away, getting the slopes ready for you for the next day!

❄️ He also disclosed to us that his favourite part of being a snow groomer was working with powdered snow as it was like “floating in a mountain desert”. He also enjoys the spectacular sunsets and sunrises from viewpoints that most people never get to see.

❄️ Did you know that every snow grooming machine is worth around €350,000? and that each night shift sees them get through around 3,000 litres of fuel?

The Unseen, Hardworking Heroes of the Slopes

So, the next time you go out on the piste in the morning to see crisp, uniform, white snow, take a moment to consider just how much work, dedication and skill go into getting it into this condition for you. Without snow groomers and the role they perform, skiing in Baqueira would be a much different experience.

They truly are the unseen, hardworking, heroes of the slopes.

What you can read next 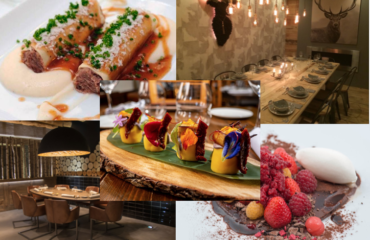 Our Favourite Restaurants in Aran Valley 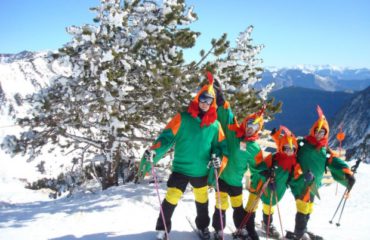 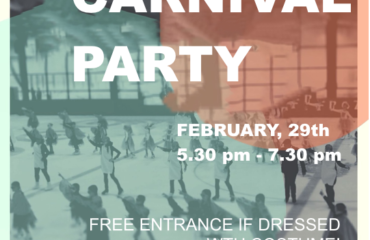 HOW CAN WE HELP?